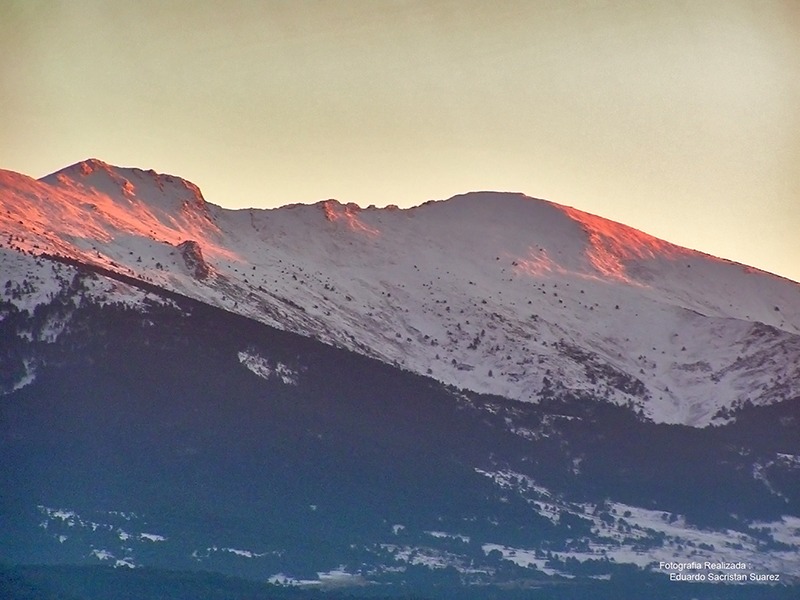 I was living in Segovia, a picturesque city north of Madrid. Miguel had befriended me not long after I arrived and told me he knew many Americans from my college alma mater who had studied there. He offered to help me with my Spanish, and in turn he could practice his English.

His family lived in a small town about an hour from Segovia. We would be back to Segovia in time for dinner, he assured me when I mentioned that I wanted to leave a note for my roommate so she wouldn't worry. No need to tell her, he said.

So off we went in his compact car and drove through spectacular countryside. About an hour into the drive, we reached a little town. I assumed we were close to his family's house by now. But he wanted to first drop by a bar/discotheque. As the music blared and minutes turned into an hour, I became concerned. "Shouldn't we go to see your family now?" I asked Miguel. He ignored me. I allowed for several more minutes and again asked when we were going to his family's house.

Suddenly he grabbed my arm and wrenched me from my chair. Without saying a word, he began dragging me out of the bar. "Stop! What are you doing? You're hurting me," I said, but in Spanish. When we reached his car, I demanded that he answer me. "I don't understand, Miguel! What's happening? What are you doing?" He looked at me with cold eyes and replied, "Voy a violarte y matarte."

I've told this story many times. And when I reach this part, I turn into a comedienne. "Hmmm. I knew matar meant to kill," I tell my listeners. "But in Spanish class we never practiced conjugating the verb violar. I violate, you violate, he/she/it violates, we violate, they violate... Uh oh. I get it." I'm going to rape and murder you.

In the seconds for the meaning to sink in, I was going into shock. It was too late to run away. We were already speeding down the road. "We're not going to see your family, are we?"

My head was spinning. The car was going too fast for me to jump out without getting hurt or killed. When he slowed down while going through a village, I contemplated jumping out and risking injury, but I was afraid no one would believe me, and then what?

Where was he taking me? When was he going to kill me?

I soon got my answer. He turned off the main road and headed toward a mountain. My heart sank. There, in all her splendor, was La Mujer Muerta. The Dead Woman. The famous mountain range in the shape of a reclining woman. Someone in this situation today might say, "Are you freakin' kidding me!?" See? There I go again. Making light of one of the most traumatic moments in my life. More on that later.

The road was old and rutted. I sat quietly as we bumped along, taking in the cold symbolism of The Dead Woman before me. No one will ever know what happened to me, I mused. The car finally stopped. I was too numb to be afraid, too numb to try to escape. Miguel turned toward me and reached for my throat. I began to cry. Quietly. It's nothing like what you see in the movies.

But now he had his arms around me, telling me not to cry, wiping away my tears, telling me that he would never hurt me, telling me he was only teaching me a lesson: That it is the desire of all men to rape and murder women. And I need to know that and be careful.

We drove back to Segovia in silence. He didn't let me go home. He took me to a seedy place where we sat at the bar. A scary-looking man was on my right. When he saw Miguel was engrossed in a conversation with someone to his left, the man whispered to me, "Leave. He will rape you. Leave. I will watch out for you." I slid quietly off my bar stool and tiptoed out. The whole way back to my hotel, I was terrified that Miguel would realize I'd left and the scary-looking man couldn't stop him from coming after me.

I didn't report the incident to the police. I was too frightened. I just wanted to speed up my move to Madrid, where my roommate and I were planning to teach English. As fate would have it, two weeks later another frightening incident happened and I chose to return to the States.

For the past few days I've been following the Kavanaugh case and reading women's stories of disrespect, assault and violation. I've been recalling my own experiences — the one I related here, plus others I won't share.

The Miguel incident happened more than 30 years ago. I've told the story to family and friends. I've told my sweet husband. I thought I had processed it, and my method has been to create some disassociation through humor. But I hadn't truly healed. Last night my body began expelling the trauma. I won't go into detail, just know that it wasn't fun or pretty. I'm sharing this story because I realized that hearing other women's stories, especially those that many believe are of minor consequence, can be a path to healing.

Return to About Me
Scroll To Top